Recently, XFL co-owner Dwayne “The Rock” Johnson said in an Instagram post: “Maybe I’ll be the first owner in pro football history to actually suit up and play in a game.” It would be monumental to see The Rock play professional football for the first time since 1995 when he was on the Calgary Stampeders’ practice squad. However, this wouldn’t make him the first owner to simultaneously play in a league or for a team he owned as there have been several others who accomplished this amazing feat, but whose legacies are lost to the annals of professional football history.

This player/owner phenomenon goes back to the NFL’s founding in 1920 when owning a football team was a volatile business with 49 National Football League (NFL) teams folding alongside countless teams from alternative leagues. This trend of team owners playing goes back to the NFL’s founding in 1920 when three men accomplished the feat, all of whom would have their team in Chicago for the majority of the franchise’s existence. The Chicago Tigers were an independent team founded in 1915 that spent its last year as a charter member of the NFL in 1920. Their owner Guli Falcon was also the team’s coach and suited up as the team’s fullback. Though the Tigers folded after the 1920 season, Falcon was a player-coach with the Toledo Maroons from 1922-1923 and eventually stopped playing after the 1925 season.

Another charter team, the Decatur Staleys (now the Chicago Bears) had two play/coaches who happened to own equity in the franchise with  Edward Sternaman and George Halas. “Papa Bear,” as he was known, owned and coached the team, balancing those managerial responsibilities with playing end from 1920-1929. It was only then that Halas hung up his cleats and continued coaching the Bears on and off until 1967. He never sold his share of ownership, with his tenure ending when he passed away in 1983.  Papa Bear was not the only triple-threat in the Windy CityEdward Sternaman was a co-owner, coaching staff member, and player from 1920-1927 when he retired from play. His ownership continued until the end of the 1933 season. This is the only pro team known to have two simultaneous players who also were also coaches and owners.

One state east of the Tigers and Bears, Indiana’s Muncie Flyers were owned by Severin Joseph Checkaye, who had been playing football for six seasons and started the Flyers in 1920 to partake in the NFL. He was a player and owner that first season, but also added head coaching to his responsibilities in 1921, after which Checkaye retired from play and the Flyers left the NFL. He continued as owner and coach on the independent circuit until the Flyers disbanded after the 1925 season.

Another team located in Indiana that had a player/owner/coach was the NFL’s  Evansville Crimson Giants. The man who wore all these hats for Evansville was Frank Fausch, who played collegiate ball at Kalamazoo College and a season for the semi-pro Evansville Ex-collegians in1920. Frank’s time as a player, coach, and owner lasted from 1921 through 1922 as the team went a combined 3-5. The Crimson Giants folded after the 1922 campaign and Fausch transitioned out of professional sports.

Across the Great Plains, the NFL arrived in St. Louis with the All-Stars in 1923 with former Washington University (St. Louis) and Rock Island Independents player Ollie Kraehe at the helm. Kraehe wasn’t just an owner, player, and coach but also the team’s manager. Ironically, the All-Stars went an abysmal 1-4-2. After the 1923 season ended the team dissolved.

Today we all associate the Badgers with the NCAA team from the University of Wisconsin, but there was an NFL team under a similar name, the Milwaukee Badgers,  from 1925-1926, owned by player Johnny Bryan who was given the team during the 1925 season when the Badgers first owner Ambrose McGuirk was forced to sell the team after the NFL discovered McGuirk intentionally used high school players against the Chicago Cardinals. The penalty was later rescinded as it was seen as too harsh, but by the time McGuirk got the memo, Bryan was the team’s owner as well as their coach. After the 1926 season, the team folded, and Bryan went on to play for the Bears for two seasons before calling it a career.

That same year, the NFL was challenged for professional football supremacy by the original American Football League or AFL  (which has no connection to the other leagues under the same name). One of the teams in the AFL was the Chicago Bulls, who were owned by Joey Sternaman, brother to the aforementioned Edward. Joey had been playing football in the NFL since 1922, and for the 1926 season, he decided to extend his repertoire and became an owner. Chicago ended the season as the AFL’s 5th best team but the Bulls never had a chance to improve as they folded along with the rest of the AFL after its lone season, marking the end of Joey Sternaman’s time in professional football.

Teammates John Kelly and Chris Cagle became co-owners of the NFL’s Brooklyn Dodgers in 1933 utilizing both men’s prior playing experience; Cagle was also a previous head coach for Mississippi State Bulldogs. The former Bulldogs coach only kept his roles of co-owner and player from 1933-1934 while Kelly maintained his status as owner and player until 1937. Brooklyn’s team would continue its lineage up through the 1945 NFL season, folding under the moniker Yanks.  By the time the NFL gained mainstream exposure in 1958, the demands of ownership had intensified and specialized, making player/owner combinations an anomaly.

But there are exceptions. The World Football League’s (WFL) John Wilbur was one of these men, serving as The Hawaiians right guard, offensive line coach, and minority owner in 1975. This made the first man to own and play for and coach the same pro team simultaneously since Joey Sternaman in 1926. Since the demise of the WFL, the closest we got to an owner/player was the late Jared Lorenzen. He went from being the Northern Kentucky River Monsters’ general manager to their quarterback and then the Ultimate Indoor Football League Commissioner before resigning and returning to the gridiron for two more seasons.

As much as seeing The Rock in the XFL would be an amazing sight, it’s been a quarter-century since he suited up in any capacity for a professional team and it’s been 45 years since John Wilbur’s escapades in the WFL. There is a chance  Johnson could return to play as he’s kept in shape throughout the years, competing in the WWE,  acting in one of his many action roles, and continuing his constant work-outs. Even if we don’t see The Rock play, it’s a safe bet he’ll be seen on the field as a VIP at some point when the XFL kicks off again. 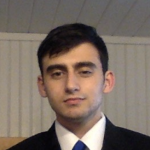 A World of Wonder

https://www.youtube.com/watch?v=7Lq13lurxCw Listen in as the original AFN Network lineup discusses XFL 2020 week No. 1

The Production Booth is coming to AFNTalk.com tomorrow at 4p EST!!!

By Scott Adamson   As you might’ve surmised by now, alternative football is my kink. If a new league comes along, whether it’s big-time, small-time...

A World of Wonder

By Scott Adamson   Playing the “What if?” game is pointless, but that doesn’t mean it can’t be fun. And when applied to sports, it...